Gallery
Photographs taken by Dutch
photographer Christina Jansen
during a visit by Ali to London
in 1986.

For full details of the past
exhibitions visit the dedicated
website. Link below. 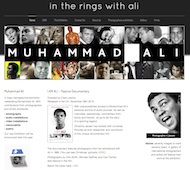 My thoughts, memories and reflections on the passing of Ali -  a figure that
dominated world boxing - are also with all his friends  and fans - as I, and
indeed all of us, reflect on his influence worldwide.
Christina Jansen, Saturday June 4th. 2016

POP UP EXHIBITION: Monday-Saturday (NOW CLOSED)
91 Peckham High street, Peckham, London SE15 5RS
It will run from the 7th June to the 27th / Opening times are 10 am - 6pm

In Memory of and in tribute to "The Greatest" Muhammad Ali... Pempeople in association with
KUDUmedia OdikaOdi and ArtisticNature - sponsors - are proud to announce the opening
of a Pop up Exhibition showing a selection of photographs from 'In the Rings with Ali'
curated by Christina Jansen - whose photographs also appear in the show,
see www.in-the-rings-with-ali.com

'A ROUND WITH MUHAMMAD ALI'

An exhibition of photographs by Christina Jansen 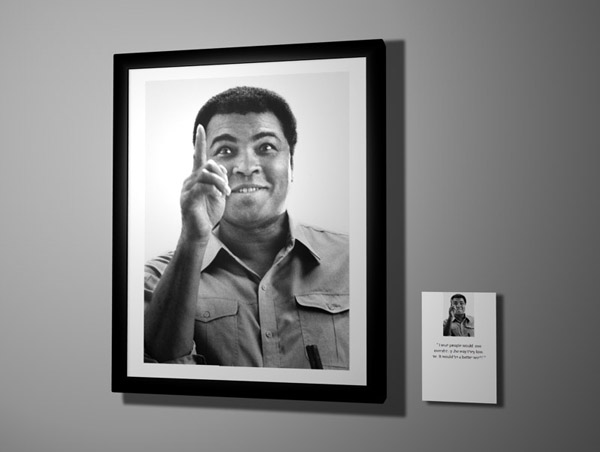 It was through the many positive comments on her work and especially her photo studies
of Muhammad Ali that the idea of an exhibition came to fruition with Energie Personal Fitness.

With the encouragement and dedication of Michelle Paul, personal trainer at Energie Personal Fitness and
the support of the rest of the team (Imran Ilahi Owner, Mark Harris, Susanne Carlen) inspired her to put
together a show of never before seen photographs of the now iconic boxer, humanitarian and fighter for
many heartfelt causes.

She had spent several days as a stills photographer on a film set in Fulham studios in 1986 getting to know
the man himself while taking a few very candid and personal photographs.The commercial film was for
a powdered milk drink called PRIMO part owned by Ali, directed by Directors International.

This filming is mentioned in Thomas Hauser's book Muhammad Ali 'His Life and Times' page 435.

This Exhibition of photographs shows you Muhammad Ali's wit and sense of humour as well as his vulnerability.
It is a rare chance to see the Champion behind- the-scenes and also it is an exclusive chance to buy signed
limited editions of these photographs.

Tapestry creative services exhibited 'A ROUND WITH MUHAMMUD ALI" in central London's Soho.

Christina's Previous exhibitions include: 1995 ‘Landscape Impressions’ in Laeso Denmark: A series of
commissioned landscape photographs for the Danish tourist board where images were sold as framed prints,
posters and postcards.

Celebrity portraiture at the Grosvenor House Hotel, in aid of the charity s.a.n.e (with patronage of HRH the
Prince of Wales).

She was also part of a show ‘Canvas and Camera’ at the Association of Photographers Gallery winning a prize for
best portrait of Gray Jolliffe the cartoonist of Wicked Willie fame published in the British Journal of photography.